The Grapes of Fire and Smoke 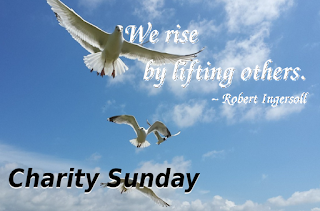 The fires in the Northwest have been catastrophic for thousands of people, even millions if you count the smoke spreading across the country. Among the hardest hit are the vineyard workers, largely Latino, who have lost their communities of (usually) house trailers, and also face the loss of jobs. Even where vineyards have not been destroyed, it turns out that the thick fogs of smoke have affected the grapes that should be ready to pick about now, coating them and even imbuing them with foul odors and tastes.

As usual, I will contribute a dollar for each reading of my blog over the next two weeks, and two dollars for comments.

And as usual, I like to include at least an excerpt from one of my stories, but somehow over the years I’ve neglected to write any stories about vineyards, and even wine references have been rare, which is odd because I enjoy wine with dinner almost every night. I haven’t written anything about forest fires, either. So what to do?

This is going to be exceedingly convoluted. I’ve decided to share an excerpt from a story set near the site of another catastrophic fire—even though the fire hadn’t even occurred yet when I wrote it. And it’s set in Paris, not the American Northwest.

An excerpt from “Gargoyle Lovers,” originally published in XOXO: Sweet and Sexy Romance, edited by Kristina Wright for Cleis Press, and reprinted in my own collection for Dirt Roads Books, Wild Rides.

“I’m siingin’ in the raaiin…” But that was from the wrong Gene Kelly movie, and it wasn’t quite raining, and I was only whistling. My speaking voice gets me by, but singing blows the whole presentation.

Hal glanced down, her face stern in that exaggerated way that makes me tingle in just the right places. I shoved my hands into my pockets, skipped a step or two, and knew she felt as good as I did. Hal’s hardly the type to dance through the Paris streets like Gene Kelly, especially across square cobblestones, but there was a certain lilt to her gait.

Or maybe a swagger.  “That pretty-boy waiter was all over you,” I said slyly. “And giving me dirty looks every chance he got!” A gay guy making a pass always sparks up her day.

“Lucky for you I’m not cruising for pretty boys, then. But don’t give me too much lip or I might change my mind.”

I couldn’t quite manage penitence, but at least I knew better than to remind her that she already had a pretty boy, for better or worse. Still, some punishment games would be a fine end to the evening. Last night we’d been too jetlagged to take proper advantage of the Parisian atmosphere. “That Maitre D with a beak like a gargoyle was sure eyeing me, too, especially from behind.” I gave another little skip.

Hal ignored the bait. “Thought you’d had your fill of gargoyles today.” A cathedral wouldn’t have been her first choice for honeymoon sightseeing, but the mini-balcony of our rental apartment had a stupendous view of Notre-Dame de Paris. I’d oohed and ahhed about gargoyles over our croissants and café-au-lait, so she’d humored me and we’d taken the tour.

To tell the truth, being humored by Hal unnerved me a bit. I didn’t want being married to make a difference in our relationship. The fact that she’d shooed me out of that sex toy shop in Montmartre while she made a purchase was reassuring, but just in case, I decided I could manage some genuine penitence after all.

I hung my head and peered up at her slantwise. “I know I was a real pain. I can’t figure out what it is about gargoyles that just gets to me. They’re sort of scary, but not really, and sort of sad, and some of them are beautiful in a weird kind of way.” Just as Hal was, but I’d never say that. “I’m sorry I went on about them like that.”

“What makes you think they’re sad? Just because their butts are trapped in stone?” She was trying to suppress a grin. I felt better.

That got me the squeeze on my ass I’d been angling for. “I’d rather have these sweet cheeks accessible,” she said. The squeeze got harder than I’d bargained for, startling me into a grimace.

She eased off with a slow stroke between my thighs.  “You should’ve seen your face just now. Could be there’s something like that going on with the gargoyles. Not rage, or fear, or pain at all--unless it’s pain so good it makes them howl with lust.”

I was awestruck. Hal is generally the blunt, taciturn type, but I love it when her wicked imagination bursts forth. Almost as much as I love the vulnerability that once in a while gives an extra gruffness to her voice.

She was on a roll now, face alight like a gleeful demon. A lovable demon. “There’s somebody hidden behind the stone, in another dimension, or time, or whatever, giving the gargoyle the fucking of its life. A reaming so fine it’s been going on for centuries.”

“Yes!” I was very nearly speechless. To lean out high above Paris, in the sun, wind and rain of eons, my face forever twisted in a paroxysm of fierce joy while Hal’s thrusts filled me eternally with surging pleasure…

A few drops of rain began to fall, but that wasn’t what made us hurry faster across the Pont de Saint-Louis. The great ornate iron gates at our apartment building had given me fantasies that morning of being chained, spread-eagled, against them, but now I rushed across the cobblestoned courtyard and through the carved oak door, so turned on that the four flights of stairs inside scarcely slowed me down—which might also have been because Hal’s big hand on my butt was hurrying me along.

To read the blogs of other folks participating in this Charity Sunday, since I always get the linkage wrong, go first to https://lisabetsarai.blogspot.com, and you’ll find the links there.