For years, Alison Tyler has thrilled us with her novels, as well as dozens of anthologies-on-the-edge. [Keep reading here to find out about a give-away of one these, Twisted,] Now she’s presenting the greatest gift of all: herself. This trilogy of novels based partly on her own life is written with passion, lyricism, and a profoundly kinky sensibility. 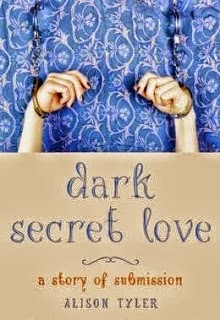 I reviewed the first in the series, Dark Secret Love, when it first came out. Here’s just a taste of what I said:

Nothing can describe this book as well as Alison’s own words, and she’s given us a wonderful excerpt that I’ve posted below, but humor me for a few minutes while I discuss some of my own reactions.
As the story unfolds, I was especially struck by the way Alison’s alter-ego, Samantha, had her own personal take on submission. Her need for pain with sex had less to do with the usual endorphins or amorphous sense of guilt, and more to do with finding her own core ability to endure, “take it,” even refuse to use a safe word. For her, submission expressed a secret strength, not a weakness. And, having already known so long just what she wanted from a man, her real moment of revelation came in this passage:
‘I need this, too,’ Jack told me. And everything changed. By taking care of me, he was taking care of himself. I don’t think I’d ever tried to envision the situation from a Dom’s point of view before.’

In the Blake poem that supplies this book’s title, the line before ‘dark secret love’ includes the phrase “crimson joy.” The sequel to Dark Secret Love, coming out very soon now, has the fine title The Delicious Torment, but I find myself hoping that someday Alison will use the title Crimson Joy for a book. It would be great for a collection or anthology of spanking stories, but even better for another Alison Tyler novel.”


You can find my complete review including Alison’s own words here: http://sacchi-green.blogspot.com/2013/10/alison-tylers-dark-secret-love-guest.html 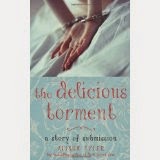 Then came second book, The Delicious Torment, hitting me even harder than the first. Here’s some of what I had so say about it:

For more, and Alison’s own excerpts, go here: 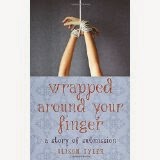 How can you resist going directly to the next book, Wrapped Around His Finger? This time I’ll let you immerse yourself in it with no preconceptions form me. Once I’ve savored it two or three more times, and caught my breath, maybe I’ll write another review. 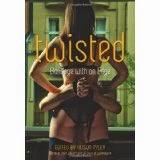 My obvious reason for choosing this one is that I have a story in it myself, so I thought of posting an excerpt of that. On second thought, though, considering some reviews I’ve seen, maybe I’d better not. You might be better off not thinking my piece is representative of the book as a whole; in fact, there’s so much variety in the anthology that no single story can represent it. I’ll just quote a couple of reviews, so you can’t say you weren’t warned.

“Sacchi Green is so good at writing scary stories, and her ‘Stag Beetle’ was so well done - it'll be a cold day in hell before a story with insects in it will turn me on, but she writes the scene effortlessly - extremely evocative.”

“’Stag Beetle,’ by Sacchi Green, is the most unusual story in this anthology. The one almost guaranteed to make people squirm. Would you let a big bug walk over you? How about if you were tied up? Think of those little insect feet on your bare skin. You know your safe word. Would you use it?’”

Really, my story is a rather sweet D/s romance. And hot. And with a very pretty silk kimono. What’s not to like? But all the other stories are much better. Trust me.