Darkness Illuminated-- Cover Me with Darkness by Janine Ashbless 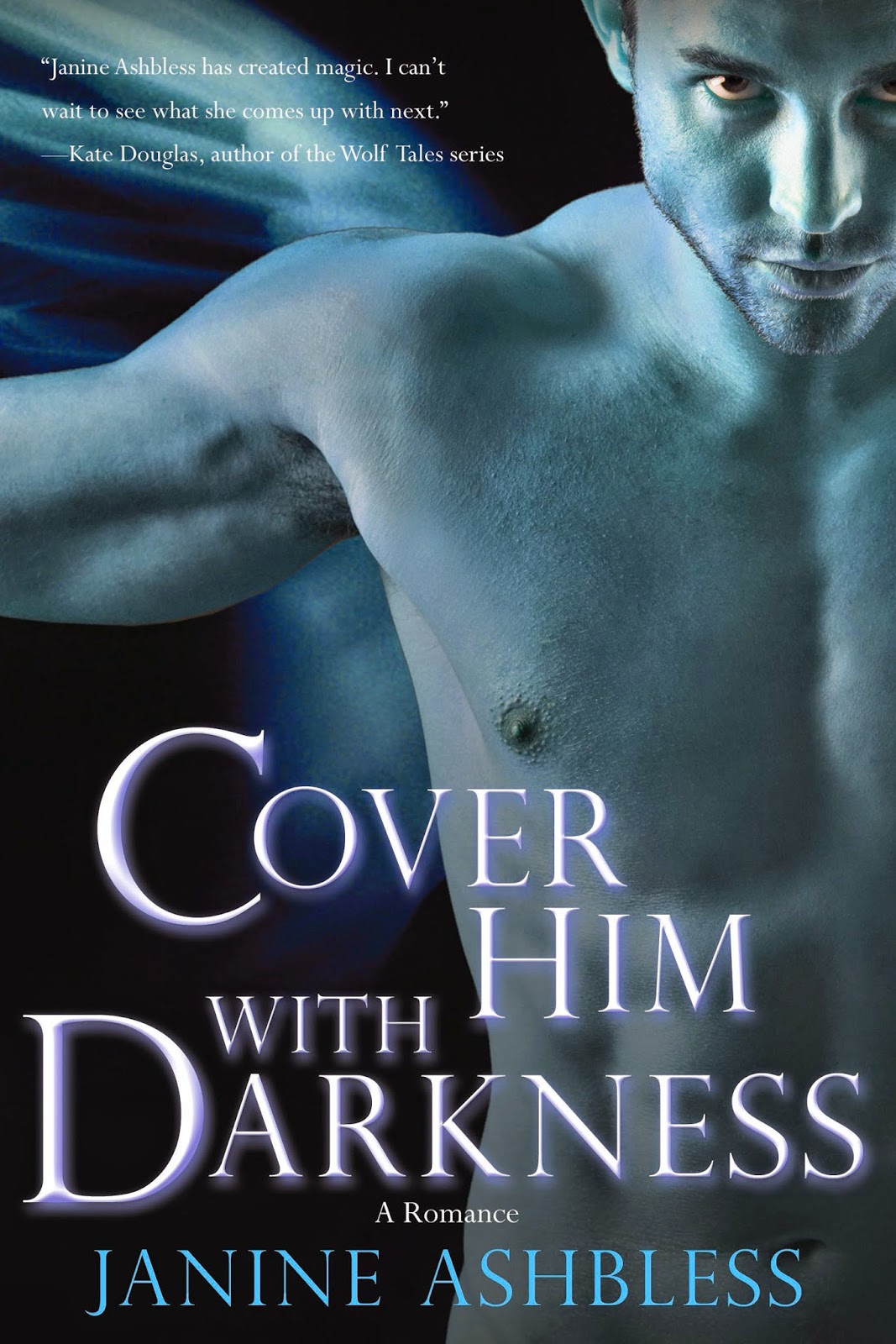 Every once in a while I’m inspired to share one of my reviews here, and this is certainly one of those times.

Cover Me with Darkness first had me in its grip when I read the original short story in Mitzi Szereto’s Red Velvet and Absinthe (also from Cleis Press.) The rugged setting in the mountains of Montenegro, the atmosphere of profound darkness illuminated by flashes of desire, ancient mysteries startlingly present in our own time… Yes, I wanted more! And now there is more, with even more, it’s said, to come. I can’t wait.

I review books regularly for the web site www.eroticarevealed.com, where I do my best to assess each book on the basis of how well I think it will appeal to its intended audience, even when I myself am decidedly not that audience. It’s such joy now to be able to review something that pushes so many of my own buttons, both sensual and literary. As a writer and editor, I can be as turned on by beautiful, powerful, evocative writing as by explicit sex scenes, and Janine Ashbless provides all of those, including the sex, in abundance.

Vampires don’t heat my blood. Super-rich executives dominating insipid girls have a downright chilling effect, not from horror but from boredom. But a fallen angel? Not the fluffy do-good type, but an avatar of traditions so old they may predate written history, so universal that Prometheus in the ancient Greek pantheon and Loki in Norse mythology, tortured and imprisoned by their peers, are variations on that same theme. As the heroine Milja tells us, “Loki. Prometheus. Azazel. Amirani in Georgia, as I found out later when I started searching on the Internet. All demiurges involved in the creation and nurture of mankind. All rebels fettered for eternity by a God or gods who would not tolerate insurrection.” Now there’s a story to light my fires.

Here’s the blurb from the back of the book. Am I the only reader who’s put off by  stereotypical romance book blurbs with  their will-she-or-won’t-she formats? In this case, don’t be put off!

“If You Loved an Angel... How Far Would You Fall with Him?

What happens when the daughter of the village priest falls in love with an archangel banished from heaven? Milja’s heart is struck when she catches a glimpse of the preternaturally beautiful prisoner her father keeps captive beneath his church’s altar. Torn between tradition, loyalty and her growing obsession with the fallen angel, will Milja risk losing her family, and her eternal soul, for the love of this divine being? Janine Ashbless will transport you to a world where good and evil battle for true love.”

The first point I want to make is that the battle is by no means between clear-cut evil and pure good. That’s a great deal of its charm, as is the fact that both the seductive “bad guy” angel and the superficially “good guy” human counterpoint are multi-layered, complex characters with their own mysteries and secrets, some of which (I suspect) the “good guy” may not even know about himself. That’s one of the reasons I look forward to future books in what promises to be a series.

The second point is that while Milja may start out appearing, as she says later, as “a helpless waif-girl, a victim of powers beyond my control,” she grows in the course of the book, in ways both natural and, it’s hinted, supernatural.

My third point is that, while some readers see a comparison with books like Dan Brown’s thrillers, the real comparison I see is that Cover Him with Darkness is much better-written in terms of the flow of its prose and its descriptive power. Once the series is complete it might well make a better movie than Brown’s works. Many scenes are superbly cinematic, even without a cinematic treatment. You don’t need movie special effects to appreciate, for example, the inspired juxtaposition of the true supernatural with the Burning Man festival, that celebration of all that’s “unpredictable and unnerving and new, grotesque or beautiful or both,” where an archangel in a suit is viewed with suspicion, but cheered when he switches in an instant to black leather biker-garb—and pure white wings. And to my literary text-oriented mind, no cinematography could improve on images like, “He was not in a kindly mood. Behind him the starry sky wrinkled into rip-lines like the pinions of mighty wings, but the light that bled in upon us from that other place beyond was a deep red, and it lit the whole scene with a bloody crimson hue. His eyes caught that light and glowed like rubies, and a heat-haze shudder in the air made his form shimmer.”

And search out Janine Ashbless’s writing wherever you can find it:

Cover Him with Darkness

Janine’s Bio:
Janine Ashbless is a writer of fantasy erotica and steamy romantic adventure – and that’s “fantasy” in the sense of swords ‘n’ sandals, contemporary paranormal, fairytale, and stories based on mythology and folklore.  She likes to write about magic and mystery, dangerous power dynamics, borderline terror, and the not-quite-human.
Janine has been seeing her books in print ever since 2000, and her novels and single-author collections now run into double figures. She’s also had numerous short stories published by Black Lace, Nexus, Cleis Press, Ravenous Romance, Harlequin Spice, Storm Moon, Xcite, Mischief Books, and Ellora’s Cave among others. She is co-editor of the nerd erotica anthology Geek Love.
Her work has been described as: "hardcore and literate" (Madeline Moore) and "vivid and tempestuous and dangerous, and bursting with sacrifice, death and love."   (Portia Da Costa)