A “Cheeky” Change of Pace

For a change of pace, I’m blogging about a book I didn’t edit, Cheeky Spanking Stories, edited by Rachel Kramer Bussel for Cleis Press. I didn’t even contribute to the book, although I’ve written at least three spanking stories for Rachel in past years. (One was even more or less nonfiction, about a lesson in this particular form of cathartic diversion at the knee of a charismatic master of the art.)

At least ten of the twenty-three authors in Cheeky have also written for one or more of my own anthologies. Their work here is, as always, excellent, and in this case particularly (and appropriately) striking. I decided to concentrate on the five pieces with a lesbian point of view, since that’s what these writers have done so well for me. When it comes to spanking, though, I think gender takes a back seat to focused physical and emotional factors that transcend binary sex, so whatever your physical equipment and your orientation, you’ll feel the impact of these stories right where it counts.

As an extra change of pace, I’m not going to describe them. Instead, I’ve asked the authors to share some background about how they were written. Inspiration, frustration, state of mind, imagery—when you read the stories, they’ll speak for themselves, but right now you get the extra gift of a look into the minds that created them.


I love Teresa Noelle Roberts’s “Mermaid” for the way she writes, and also for using rope bondage to create a human "mermaid," a concept so logical that it seems obvious, except that I’ve never come across it before. And yes, the rope does leave enough vulnerable territory for spanking. Here’s what Teresa told me about the origin of “Mermaid.”

“’Mermaid’ started with the setting. Ogunquit, in southern Maine, is one of my favorite places to spend time, and a place that's taken on special meaning to my husband and me, and to our self-chosen family. The name means "beautiful place by the sea" in Abenaki, and while the area's first inhabitants wouldn't recognize the quaint shops, art galleries, and restaurants, they'd find the magnificent sandy beach--one of the best in New England--refreshingly unchanged, especially far from the village center. The far end of the beach is unlit, undeveloped, and largely deserted at night when it's not high summer. My husband and I have a tradition of walking that part of the beach in the dark. The roaring ocean and the stars and the sense of isolation create a romantic atmosphere that's hard to resist--and I admit we haven't always resisted, though we've never done anything as elaborate as the scene Mallory and her "mermaid" act out.

The mermaid imagery grew naturally from a combination of the setting, and the fact that I may or may not have reason to know something about the joys of seaside spankings. (Tries to look innocent and fails miserable). The characters were influenced by the setting as well. It was easy to picture them on my favorite beach because I saw "them" enjoying Ogunquit each time we did. Ogunquit prides itself on being GBLT friendly, as well as family friendly, elder friendly...a comfortable, welcoming place for all. It's not a party scene like Provincetown can be, and there's not a sex shop or leather bar to be found, but the atmosphere is sure to inspire romantic feelings. And for some of us, romance involves kinky erotic experiments.”

Kiki DeLovely’s “A Game of Numbers” is, in a way, set more inside the head than outside, without ignoring in the least the intensity of physical sensations. Here’s how she describes her process.

“Sapiosexuality. Who doesn't love an intellectual hard-on? That plus a dominant personality pretty much does me in. And out of those two elements my two characters in ‘A Game of Numbers’ were born. I wanted them to have a fiery passion between them but the kind that's sustainable over a long period of time. I wanted them to be a little bit older, to have an everyday sort of comfortability within their relationship, yet that spark that means they always keep each other guessing. (Hence, the very unexpected twist at the end -- the character herself is even surprised by her newfound desires.) I wanted them both to get off on each other's intelligences. And they do all that and more, in an incredibly sweet, loving, and sadomasochistic manner.

I love writing erotica that's explicitly queer but I also appreciate some ambiguousness in characters such that a myriad of vastly different types of readers can see themselves in my characters. So in this story I specifically left it open to interpretation whether the couple was queer or not. In my mind, they obviously are. But a straight couple could just as easily see themselves in these roles. That's actually why I usually do very little physical description of my characters. I want readers to be able to get sucked in and quickly put themselves in their shoes. More than anything I hope that readers get sucked in by good writing, an unconventional and enticing story, and the heat between the characters!

Read more »
Posted by Sacchi Green at 6:50 PM No comments:

Free Story from Thrones of Desire on Cliterati


My entire story from Thrones of Desire (edited by Mitza Szereto for Cleis Press) appears to be posted here. Go for it! Flesh and Stone--gladiators, submission, magic, f/f sex, m/f sex--what's not to like?

PDF Version of Heiresses of Russ

Here's a link to an alternative way to read the anthology on your computer or e-reader:

Posted by Sacchi Green at 6:13 PM No comments:

My Introduction to Heiresses of Russ 2012


Here's the closest you can come to finding out what's in this anthology, short of reading the reviews on Publisher's Weekly and Lambda Literary Review and The Future Fire.


Posted by Sacchi Green at 6:10 PM No comments:

Now for Something Completely Different...

Seriously, I'm thrilled that one of my alter-ego's kid's stories from way back is being reprinted in an anthology raising funds for a wildlife refuge for big cats in Arkansas. There are actually two anthos, Wild at Heart 1 (for adults) and Wild at Heart 2 (YA), and mine is the lead-off piece for antho 2. 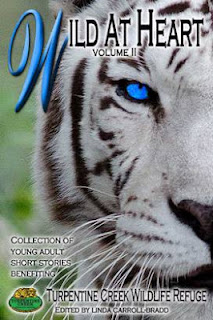 Posted by Sacchi Green at 7:28 PM No comments: